There is enormous scope to do a lot with the existing and readily available data provided by ticketing machines and entry/exit counts.

Where greater insight into behavioural choices is needed and travel patterns it may be necessary to undertake a suitable survey. Good survey and sampling plans need not be expensive; the questions to be answered need to be clear and the process designed to be efficient in that goal.

An example were the series of small surveys with the public undertaken in October 2013 in St Helier. The survey results were combined with other available datasets to provide a first step estimation of the impact of waiving the town’s parking charges as a method to stimulate retail trade. The survey design estimated the likely benefit impact on retail sales in St Helier as well as the wider costs and consequences of the measures being proposed. 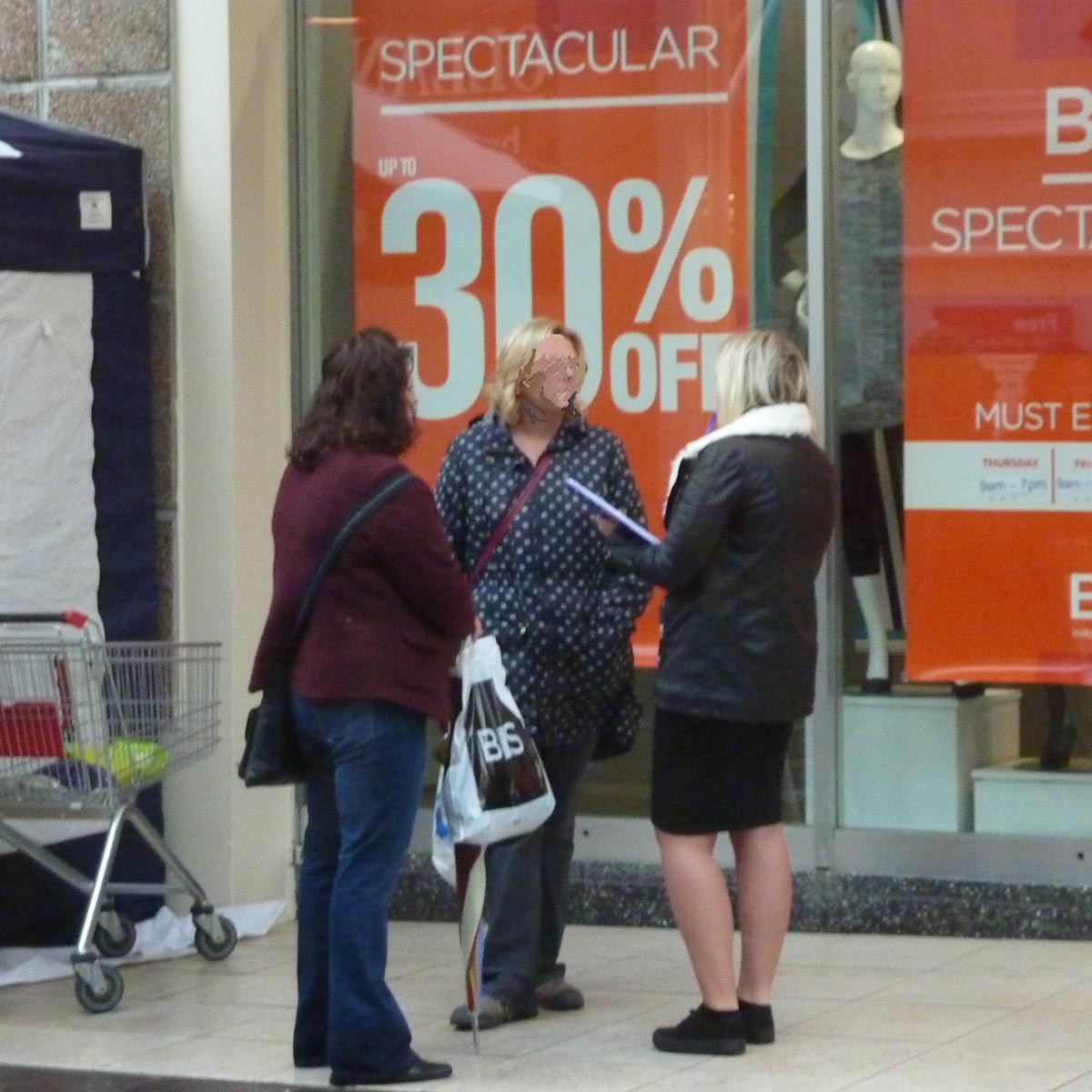 Shoppers being surveyed in area.

Shoppers being surveyed in the St Helier shopping area.

quick trip end, purpose and origin surveys undertaken at the ticket machine may also be very effective at adding significant richness to the extant ticket sales data. The combined datasets not only underpin of parking location choice but provide evidence of modal choice and attitudes towards pricing policy in car parks.

We have considerable experience designing and executing attitudinal surveys not only for parking but also by extension for users of transit and public transport services. Surveys may be undertaken while users wait for the service or a very cost-effective alternative that we have used relies on self-completion on-board managed by survey staff.

The post-opening Park & Ride surveys undertaken in Chelmsford were undertaken on -board and achieved a capture rate of over 90% of all users. Amongst other responses, the survey confirmed that the majority of users were attracted to the park and ride because it was ‘cheaper than parking in Chelmsford’. The survey gathered users’ home postcodes which not informed the reach of the service but was instrumental in estimating the congestion relief the service provided on key approaches to the city .

Simpler non-intrusive methods of can also be applied efficiently to quantify and understand the scale of issues such as on-street commuter parking in residential areas.